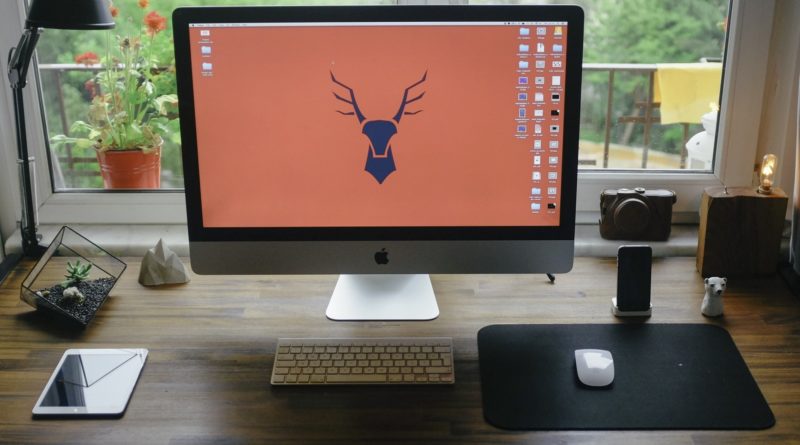 In late 2018, there were 100 million active Macs in the world. While this doesn’t even compare to the global number of active PCs, there is still a decent proportion of the population that enjoys using Macs.

While most people prefer to use Macs for work (such as graphic design), they also use it for leisure. Most video games are made for PCs, but that doesn’t mean you need to sit out as a Mac user!

If you’re interested in gaming on a Mac, here are nine awesome games you need to try out.

StarCraft is a real-time strategy game that was first released in 1998 for the PC. The Mac version quickly followed suit in 1999.

If you grew up during that era, you’ll remember how popular this video game was. Not only was there a campaign to play, but the competitive scene was also hot.

For those of you who are reminiscing about your old gaming days, you’re in luck. As of November 2017, StarCraft II is free to download on Battle.net for both PC and Mac users!

Do you enjoy cute co-op games that are also hilarious? Then Overcooked is one you’ll enjoy!

In this game, you work together with other players to prep, cook, and serve food orders, as well as wash the dirty plates that come back. Trying to work together is already difficult enough; the landscape also changes as you play, creating even more obstacles!

While the first Overcooked game doesn’t have online play, Overcooked 2 does. You can play with friends who aren’t sitting right next to you.

You can find this game on Steam, which works for both PC and Macs. Find out how to download Steam games for Mac by visiting setapp.com/how-to/download-steam-games-for-mac.

Maybe you’re not into cutesy games and would rather play something more cutthroat. In that case, Rust is perfect for you.

Rust is a survival game where you start completely naked and need to do whatever you can to survive. For instance, you’ll have to gather supplies (sometimes stealing them), hunt animals to eat, and build a shelter.

You can either make friends with other players or you can kill one another to take over supplies and shelters. The latter usually happens, plus the community tends to be quite toxic, so this game isn’t for the faint of heart.

You can also find this game on Steam.

What if we told you there’s an extremely popular game where people play soccer with cars? Well, that’s exactly what Rocket League is.

It may sound ridiculous, but it’s a very exhilarating game. You can either play solo or with a team. Whichever way you choose, every single game is sure to get your blood pumping!

Subnautica is yet another game you can purchase from Steam.

This is a single-player game where your character crashes into an ocean from space. You’ll have to swim out and gather resources so you can survive and get out of this situation.

The graphics are amazing, but this game is not for people who have a fear of swimming!

League of Legends (LoL) is a popular multiplayer online battle arena (MOBA) game that first came out in 2009 but didn’t gain traction until the early 2010s.

In the beginning, Mac users had to go through a complicated process of partitioning their computers. This meant installing Windows and running it whenever they wanted to play LoL.

However, as of 2013, the game developer Riot came out with Mac support on the US portal. So if you live and/or play in the US, you can play LoL on a Mac without having to install Windows.

Stardew Valley is a farming RPG that’s very similar to Harvest Moon, which first came out in 1997.

In this game, you play a character that’s inherited some land from your grandfather. The goal of the game is to create a successful farm that will help out the town.

You can play this game either solo or with a friend, who can lend you a helping hand with the farm.

To get Stardew Valley, you can download it from either Steam or Good Old Games (GOG).

Portal is a fascinating puzzle game that’ll put your brain to the test. The first game came out in 2007.

In this game, you play as a woman called Chell, who’s forced to undergo testing by AI called GLaDOS. This game is set in the Half-Life universe, which means you get to use cool technology.

As the name suggests, you’ll have to use portals to get from one end of the room to the other. You’ll have to avoid things like acid pits and spikes.

Portal 2 came out in 2011 and also has similar gameplay. You can find both available on Steam.

BioShock is a beautiful video game series that is retrofuturistic. It’s both a first-person shooter and a role-playing game.

BioShock is set in an underwater city where you’ll have to figure out what exactly your character’s gone through, as he can’t remember much.

There are a total of 3 games: BioShock, BioShock 2, and BioShock Infinite. While the first 2 games are set in Rapture (the underwater city), BioShock Infinite is set in Columbia, which is a city suspended in the air. They were released in 2007, 2010, and 2013.

While Mac players couldn’t originally play BioShock, they now can with the remastered versions, so long as their Macs have high enough specs.

Gaming on a Mac Is Possible

While everyone else is playing video games on PCs, gaming on a Mac is possible.

As you can see, there are many that you don’t have to sit out on, which means you can be a Mac owner and still be an avid gamer. So try out these games and see which ones are your new favorites!

For more interesting articles on gaming, please check out our other blog posts now!