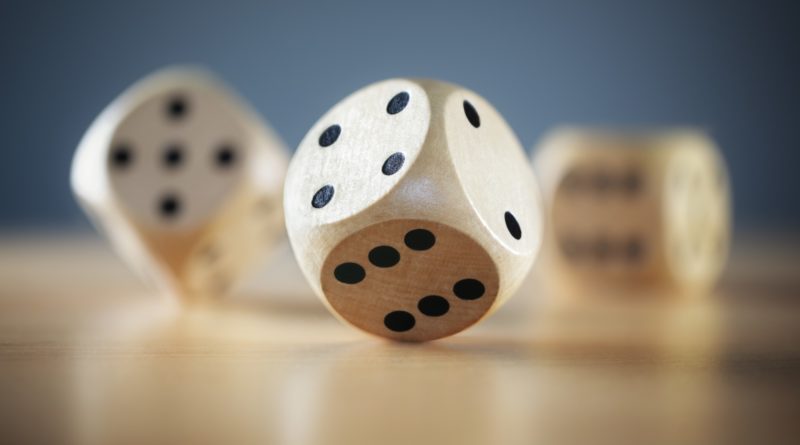 Quarantine is starting to be lifted in some areas, but for the most part, we’re all still stuck inside.

If you’re running out of things to do, a few dice can help fight the boredom away. You don’t need anything else to play a variety of interesting games with your family or quarantine buddies.

We’ve put together a list of the top five dice games you should try first. Keep reading below to learn the rules and start playing.

This dice game is the first thing you should play if you have a lot of people. You need at least four people to play this game (each on their own team), but you can have up to 12 or even more.

Each team takes a turn rolling the dice. The goal is to roll the number that matches the current round.

For example, if you are on round one, you’ll want to roll as many 1s as possible. Every time you get a 1, you get one point. After each team rolls, the game will move onto round 2.

There are six rounds total, and whoever has the most points at the end of the game wins.

You’ve probably at least heard of the game Yahtzee before, but it’s an entertaining game you can play with any number of people.

Each player takes turns rolling the five dice. Each round, the goal is to get one of the following things:

The players have three chances to roll the dice every round. The player who has the most points at the end of the game wins. Before you play, it can be helpful to invest in some dice trays to keep the dice from rolling off the table.

This game is simple and straightforward, but it can get the excitement and competition flaring. You need at least three people to play this game, but you can add as many as you want.

Start by giving every player an equal number of chips. If you want to play a short game, you can start with three. However, you can add even more chips to make the game longer and more interesting.

When a player gets down to two chips, they only roll two dice, and when they get down to one chip, they only roll one dice. The last player with chips in front of them wins the game.

If you like to push your luck, you should give this game a try. You need at least two people to play this game, but the more people you add, the more exciting it will get.

A player starts their turn by rolling all six dice. The goal is to roll as many scoring numbers as possible. For example, every 1 is worth 100 points and every 5 is worth 50 points.

After every roll, the player can set aside any dice they want to keep and roll the remaining dice to get more points. They can keep rolling until they decide to stop or until they fail to roll any 1s or 5s. If the player fails to roll any scoring points, they will lose all the points they gathered in that turn, which is called a Farkle.

Mexico is a simple dice games, but it can really put on the pressure. You can play with however many people you want, and the more people you have, the longer the game will last.

Every player starts with one dice in front of them with the 6 side up. This records their number of lives.

Next, every player takes a turn rolling the two dice. The player with the lowest number loses one of their lives. In this case, they’ll turn the dice in front of them from 6 to 5.

The player who survives the longest wins the game.

Fighting off Boredom with These Five Dice Games

If you’re tired of being cooped up inside, you should give these five dice games a try. You don’t need anything special to play. As long as you have a handful of dice, you can keep yourself entertained for hours.

Want to learn some other good games to play during quarantine?

Make sure you take a look at the rest of our blog!