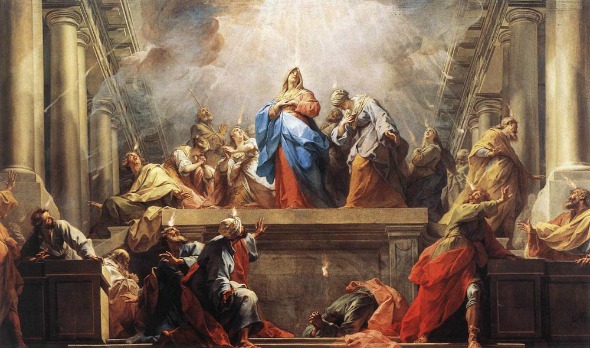 Who Is Jesus really claim to be divine? It has become fashionable within popular culture to deny this, and to believe that the disciples made up these claims. Therefore, we will use a minimalist approach, assuming that the Bible is just another piece of ancient literature, neither inspired nor inerrant, and looking at two texts that almost all mainstream critical scholars, even those who are unbelieving, accept as historically authentic.

At Jesus trial before the Sanhedrin recorded in Mark 14:53-65, the high priest asks Jesus in verse 61, “Are you the Christ, the Son of the Blessed?” Without hesitation, Jesus’ replies in verse 62, “I am, and you will see the Son of Man seated at the right hand of Power, and coming with the clouds of heaven.” In response, the high priest tore his garment, and the Sanhedrin delivered the verdict of blasphemy and the sentence of death. Why? Jesus was equating himself to the Son of Man who appeared to Daniel in a vision coming “with the clouds of heaven” (Daniel 7:13-14). This figure is described by Daniel as eternal, glorious, sovereign, and ruler of an everlasting kingdom. The high priest and Sanhedrin knew immediately that Jesus was claiming to be this figure. Their verdict of blasphemy indicates that by so doing, Jesus was claiming to be God.

It is important to understand that “Son of Man” was Jesus’ favorite title for himself as recorded in all four of the Gospels. Thus the title is attested in multiple sources. But this title appears only three times in the New Testament outside the Gospels (Acts 7:56; Revelation 1:13; 14:14) and only three other times in all of Christian literature during the Church’s first 120 years (See Habermas and Licona, The Case for the Resurrection of Jesus, 166). Therefore, it is highly unlikely that this title was invented by the Church and inserted into the Gospels. Moreover, we would certainly not expect the Jewish leaders to concede such a title to Jesus. Therefore, the text in question also passes the critical criterion of “dissimilarity.” That is, neither Jesus’ opponents nor his supporters are likely sources for this title, leaving Jesus as its most probable source. For these reasons, almost all critical scholars concede that Jesus claimed to be divine in this instance.