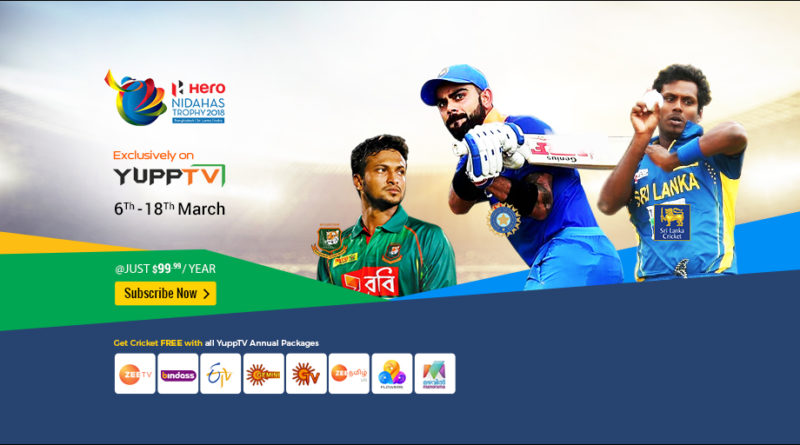 Nidahas Trophy, also known as Akai NidahasTrophy(referred to the singer Akai Nidahas), is an international tournament which is played by the three teams( sometimes known as tri series). It started in 1998 for the very first time when Sri Lanka completed its 50th year of Independence Day and Sri Lanka cricket with the other two teams India and New Zealand. Now in the 2018 it will be played among the teams Sri Lanka, India and Bangladesh.

Talk about these three teams, Sri Lanka, India and Bangladesh, they have given some amazing performance these recently series and cups. They have constantly amazed us and have risen up the bars of expectations whether just for competition or purpose of entertainment

Now talk about these teams’ best batsmen. India has its blaster player, Virat Kohli who has hit centuries in most of the matches and series he had played. He has an amazing strike rate. I mean who wouldn’t like when your one of the favorite batsmen hit a century, right? His captaincy is one of the key factors that entertains fans and people around the world. Sometimes it surprises opponent team players too. His strategies like which player must be kept in team and which has not, and team India has record to beat the opponents in their home towns, so it would be interesting if they know it and how to tackle it.

Sri Lanka’s Angelo Matthews debuted against Zimbabwe as allrounder and as his title. He has performed very well whether it is a test series or a T20 of IPL or other cups. He is right hand batsman and right arm fast medium pace bowler. Has an outstanding performance in the series of IPL. He had some fits but now returning in the tri-series of Sri Lanka. Everyone have so much expectations from this particular player from Sri Lanka. As he has shown his capabilities in other T20 series. He can entertain us very well by his adaptability of situations and handling them. He could be proven as an ace player for Sri Lanka.

Bangladesh has risen up to the level in the short period of time. And has given the best competition to the other teams in the cup especially to team India. It has its own hidden cards in the form of player, Shakib Al Hasan. Without a doubt, Shakib Al Hasan is the name which has emerged as the biggest name in the Bangladesh team. He is genuine in nature but really dangerous to the opponent teams player. With his left-hand batting and left arm bowling, is the allrounder from Bangladesh team. He has some amazing history and many records in T20 and ODI series. He can sure entertain us from this side of team.

So, this Nidahas trophy 2018 Tri Series can also be very exciting as it has three teams which have their own hidden cards and their master players to battle for the trophy cup and these players to amaze and entertain us. As cricket has its own magic and excitement and it gets double. When our favorite players also contribute so it will sure be interesting to watch.