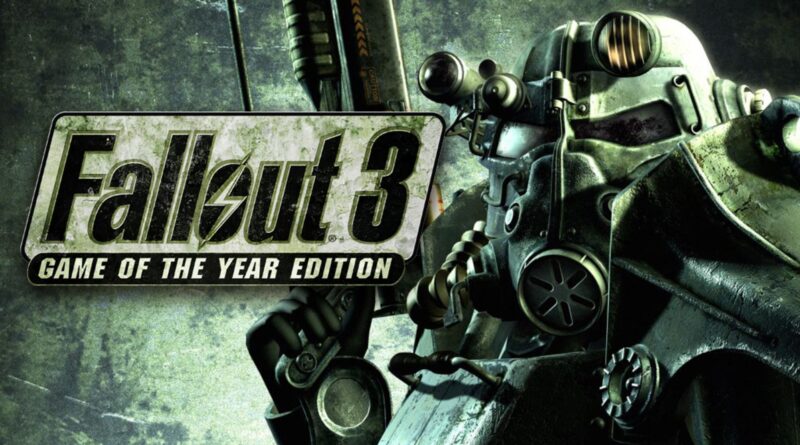 Fallout 3 takes place in the year 2277, and within the region that covers most of the ruined city of Washington, D.C., Northern Virginia, and parts of Maryland. The game’s scaled landscape includes war-ravaged variants of various real-life landmarks like the White House, the Jefferson and Lincoln Memorials, Arlington National Cemetery and also the Washington Monument , with a small number of settlements dotted around the Capital Wasteland that consist of descendants of survivors from the Great War, including one that surrounds an unexploded bomb, another consisting primarily of ghoul inhabitants, and another formed within the hulking remains of an carrier .

The region has two major factions within it: the Enclave and the Brotherhood of Steel. While the Enclave is analogous in goal to their western brethren, the eastern branch of the Brotherhood of Steel seeks to help the people of the Wasteland, though a small group rejected this and have become outcasts who seek to resume their original goal of salvaging high-level technology.

For the first 19 years of their life from 2258 to 2277 Fallout 3, the player character grows up within the isolated confines of Vault 101 alongside their father James, a doctor and scientist who assists in the Vault’s clinic. While growing up, their father comments about their deceased mother Catherine and her favorite passage from the Bible – Revelation 21:6, which speaks of “the waters of life”.

Upon reaching their 19th birthday, chaos erupts when James suddenly leaves the Vault, causing the Overseer to lock down the Vault and send security guards after James’ child. Escaping from the Vault with the aid of the Overseer’s daughter Amata, the search for James across the Wasteland begins at the nearby town of Megaton, named for the undetonated atomic bomb at the center of town, and eventually into the ruins of Washington.

Directed by Three Dog towards Rivet City, a derelict carrier serving as a fortified human settlement, the Lone Wanderer meets with Doctor Madison Li, a scientist who worked alongside James. Li informs the Lone Wanderer that their parents were not born in Vault 101, but lived outside of it, where they worked together upon a plan they conceived to purify all the water in the Tidal Basin and eventually the entire Potomac River, with a giant water purifier built in the Jefferson Memorial, called Project Purity Fallout 3. However, constant delays and Catherine’s death during childbirth forced James to abandon the project and seek refuge in Vault 101, where he took the Lone Wanderer to raise within a safe environment far away from the dangers of the wasteland.

Learning that James seeks to revive the project and continue his work by acquiring a Garden of Eden Creation Kit (G.E.C.K.), a powerful piece of technology issued by Vault-Tec intended to assist in rebuilding civilization after the war, the Lone Wanderer tracks him down to Vault 112, and frees him from a virtual reality program being run by the Vault’s sadistic Overseer, Dr. Stanislaus Braun, whom James had sought out for information on a G.E.C.K..

Reunited with their father, the pair return to Rivet City and recruit Li and therefore the other project members to resume work at the Jefferson Memorial. As they start testing the project, the Memorial is invaded by the Enclave, a strong military organization formed from the remnants of the us government, which continues to remain active despite the demise of their brethren on the West Coast thirty years previously. Seeking to stop them from gaining control of his work, James urges the Lone Wanderer to finish his work and find a G.E.C.K. Fallout 3 before flooding the project’s control room with massive amounts of radiation, preventing the Enclave’s military leader, Colonel Augustus Autumn, from taking control of it and killing himself in the process.

Autumn survives, however, and the rest of the team flees from the remaining Enclave soldiers. The Lone Wanderer, accompanied by the remaining Project Purity members, make contact with the Brotherhood of Steel within the ruins of the Pentagon, now known as the Citadel. The Lone Wanderer recovers the G.E.C.K. from within the Vault with the optional help of a friendly Super Mutant named Fawkes.

At the Enclave base at Raven Rock, the Lone Wanderer is free of their cell by the Enclave leader, President John Henry Eden, who requests a personal audience with them, but Colonel Autumn defies Eden’s orders, takes command of the Enclave’s military, and orders the Lone Wanderer to be shot on sight. Eden reveals his intentions of using Project Purity to infect the water with a modified strain of FEV that will make it toxic to any mutated life, thus killing off most life in the Wasteland including humans. The Enclave, who would be immune to the effects because of their genetic “purity” as a result of their isolation, would be free to take control of the area.

Forced to take a sample of the new FEV, the Wanderer leaves the base, regardless of doing so peacefully or convincing Eden to self-destruct. Returning to the Citadel, where news of the Enclave’s possession of the G.E.C.K. is known to the Brotherhood, the Lone Wanderer joins them in a desperate final assault on the Jefferson Memorial, which is spearheaded through the use of a giant prewar military robot named Liberty Prime. After reaching the control room, the player has the choice to either convince Autumn to leave or kill him. Li informs the Wanderer that the purifier is ready for activation, but that the code must be inputted manually within the control room, meaning whoever goes in will be subjected to lethal amounts of radiation. To make matters worse, the purifier has been damaged and will self-destruct if not activated.

At this point, the Lone Wanderer can either:

Do nothing and let the purifier explode, destroying the Jefferson Memorial and killing everyone inside in the process.

Sacrifice themselves and input the right code that is hinted throughout the game.

Send Sarah Lyons into the chamber and give her the right code.