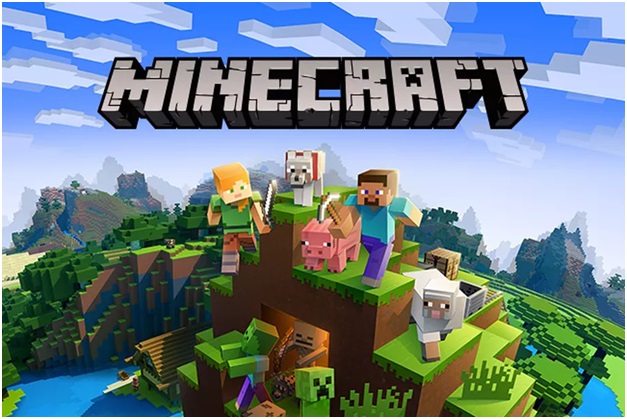 Planet Minecraft is a sandbox game. The player is left in the nature of a randomly generated world and has only his body and brain to survive at the start. Little by little he will learn to collect the elements of this universe to be able to do what he likes. The game world is made entirely of cubes, the characters and monsters are also made cubic. In multiplayer, the community is made of real enthusiasts who sometimes build entire cities. But it can also be aggressive without any particular reason. It is also possible to play in a game mode in which the player has everything he wants to build what he wants.

THE ADVICE OF OUR GAME TESTERS

Minecraft is a game full of resources, its side “sandbox” will allow players to give free rein to their imagination. This game has amazing accessibility but at the same time of great complexity if we go into details. There is no foul language except in multiplayer chats. The violence is minimal, there is no blood and it is possible to play without killing creatures or animals. There is no payment other than the purchase of the game to be made.

The Game That Was Worth 2 Billion

The company Microsoft has spent nearly 2 billion euros to buy the studio that invented Planet Minecraft, one of the most popular games in the world. Objective: to develop its applications on mobile phone to seduce young players. “It’s not a question of money but of mental health “: this is how Markus Persson (aka Notch) explains his departure from the studio Mojang bought by the company Microsoft. The creator of Planet Minecraft says that the success of his game has become too important. He sees himself as a creator who wants to develop games but not as a business leader. With him, the other leaders of Mojang have also decided to leave to return to the base of their job of creators of games.

Some players are worried: independent game model, will Minecraft stay the same under the control of Microsoft? This company, renowned for its Windows software and Xbox, makes an expensive gamble by buying Minecraft. This is to boost the sales of the Xbox One, which in its catalog, lack of games for the youngest. For the moment, the PS4 is at the top of console sales, especially in Europe, with nearly 10 million copies against “only” 5 million for the XBox One. But the purchase of Minecraft goes beyond the field of consoles: it is the mobile applications that Microsoft wants to develop.

Many experts today believe that the future of video games will be on smartphones and tablets. Having a game that has more than 100 million fans worldwide is of course an essential asset for Microsoft to establish itself in this sector. The American company also hopes that the Mojang studio will be able to develop other popular games. And you ? Are you a fan of Minecraft? Do you fear that the game will become different after the buyout by Microsoft?

The second best selling game of all time, behind Tetris, Minecraft sold 144 million copies, all media combined. Why it works.

Minecraft is in the category of sandbox– oriente games, where everyone can give free rein to their imagination. There are no rules or instructions for use, just stack blocks in 3D.

The possibilities are endless, one can create any universe, from the simplest to the most complex, from the most realistic to the most whimsical, to build buildings, whole cities, to reproduce master paintings, to walk in the castle of Versailles, to drive a car, etc.

There is no count of the number of forums devote to gambling on the Internet. On Youtube, type Minecraft and 153 million results are display. Crowds of youtubeurs share “tutos” or expose their creations. Some of these experts have more than 10 million subscribers.

Until 2016, Microsoft organized, in November, the Minecon, a fair dedicated to the world of gaming. Tickets then flowed in less than ten minutes. Since then, the event has been online and live as Minecon Earth.

In 2016, Microsoft launched Minecraft: Education Edition, a classroom version designed with the help of 50,000 teachers and students to introduce kids to the code. In some Swedish schools, Minecraft courses have even become compulsory.

Please let us know your thoughts on Minecraft by leaving a comment below. 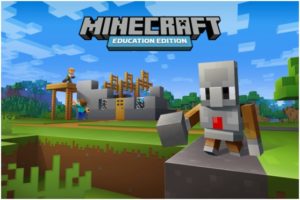 You can read more about Minecraft as well as discover tips and news at Club Penguin Hero.