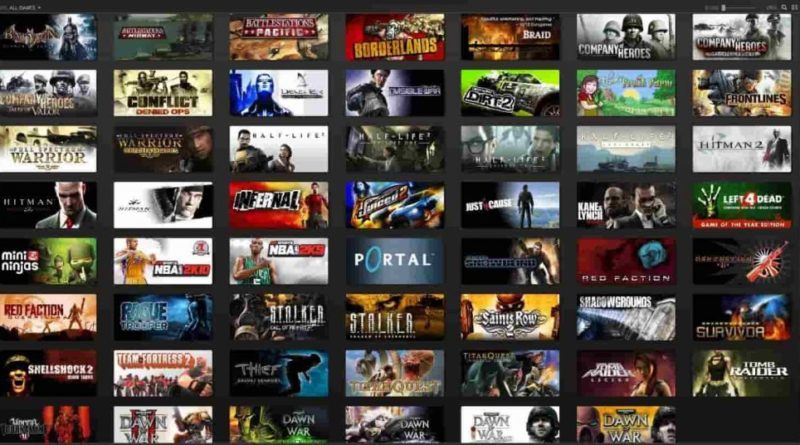 In the world of gaming, Steam is one of the most popular platforms to play games. There are tons of interesting and impressive games that Steam offers to its users. Best place to get new PC games? Probably, yes! There are more than 24,000 titles available on this platform. Also, you can install the game as many times as you like on as many devices – just one purchase is enough. But, in the choice of twenty thousand, which one is best for you? Tough call! And, that is the reason why we have created a list of best Steam games which you can buy and play:

Kenshi is one of the best steam games available and this RPG plus strategic game suits the gamers who are looking for some complicated missions. Kenshi is a sandbox, squad-based RPG where you have to take control of your own story. IN the huge world, you simply build a home for yourself or go on a grand adventure. Not the setting or anything, but the world is the game here and you will play for hours and hours. You can get great discount on electronic items online using cover it up coupons.

This indie game released in 2017 and has won the ‘best game’ BAFTA award. What Remains of Edith Finch is one of the first best steam games, which is a first-person adventure in which you play Edith Finch, who explores the house in which he grew up. With the preserved relics of dead family members, Finch gets to know how members of the Finch family died and takes you into the world of magical realism. The game can be completed in 2-3 hours – unless you get lost – and if you are not looking for such short-length piece, don’t grab it. Else, it is a stunner magical reality game.

Another open world title which is also one of the best Steam games available. It is a sci-fi strategy based game which won’t take much of your attention but can entertain you in even small breaks you take to form your office. After Aliens have invaded the Earth, you have to control the groups of the mech to reverse this. Each encounter happens in an 8×8 block grid, which is your battlefield. As you play, you can upgrade your mechs to increase their power. A smart and deep blast from the future!

Surviving Mars looks like The Sims: Red Planet edition but it is is more like Sim City meets The Martian. You have to build an outpost on a barren patch of Mars and have to keep it busy to avoid your colonists from dying. It is not that easy when you play it. Mismanaging resources in Sim City or Civilization gets to make the people living in the city angry but here it causes a chain reaction that sees life support systems fail. An addictive piece of the game that will keep you awake for long hours in the night!

After the success of Final Fantasy XIV, Square Enix brought the Final Fantasy XV. But, the game was ported to PC in 2018 and it is different from the FF games. You travel like a vagabond around an open world – by car.  In any case, you do get all the DLC released on the consoles and, if your PC is tough enough, you’ll get to see better frame rates. The cities are packed with buildings and humans. But, the combats take place in real-time. One of the best Steam games – a big yes!

Pillars of Eternity is another popular Steam title that has created the fuss like Baldur’s Gate titles, pillars of Eternity brings back the memories of those titles in the Steam vicinity. This RPG is a challenging one that brings classic fantasy-style adventurers. The game comes from Obsidian and if you like fantasy RPGs, then you can also try Torment: Tides of Numenera.

Still, one of the best games on any platform – from mobile, tablets to PCs – fans love this game – die hard! It is also one of the best games available on Steam. You can play alone, n a team of two or four and the last man standing in this RPG gets the “Chicken Dinner.” You have to jump out of the plane and land on the island where you have to fight and make it till the last standing man. The game has been in news since the first day of its release. It has taken the gaming community way forward and no such game in history brings such a big transition in gaming industry.